Is BuzzFeed a Mouthpiece for the Israeli Defense Forces (IDF)? | Mnar Muhawesh 2 of 2

While Benjamin Netanyahu has practically been given an anchor chair at CNN during Operation Protective Edge to pound home a narrative that almost everyone else in the world (save for 100% of US Senators) has rejected; namely that Israel is a victim of terror and not a perpetrator, telling the counter narrative is left to media outlets without ties to major corporate interest and/or ties to the duopoly here in the United States.

In this interview with Dennis Trainor, Jr. of Acronym TV, Mnar Muhawesh, editor in chief of Mint Press news says she sees the role of journalism as protecting the people from the State. “The role of journalism is to inform he public and hold those in power accountable. (What we have today) is a journalism outfit that does not work in the interest of people, it is working in the interest of the government, corporations and these lobby groups.”

Muhawesh claims that it is not only CNN, FOX, and MSNBC, but popular websites like BuzzFeed, who, according to Muhawesh, serve as a “mouthpiece for Israeli Defense Forces.”

Mnar Muhawesh is founder, CEO and editor in chief of MintPress News. Ms. Muhawesh is also a regular speaker on responsible journalism, sexism, neoconservativism within the media and journalism start-ups. She is also regularly interviewed on nationally and internationally syndicated networks like RT about the need for independent journalism and neoconservatism in the media. She started her career as an independent multimedia journalist covering Midwest and national politics while focusing on civil liberties and social justice issues posting her reporting and exclusive interviews on her blog MintPress, which she later turned MintPress into the global news source it is today. 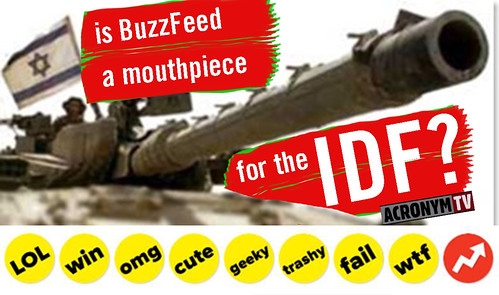