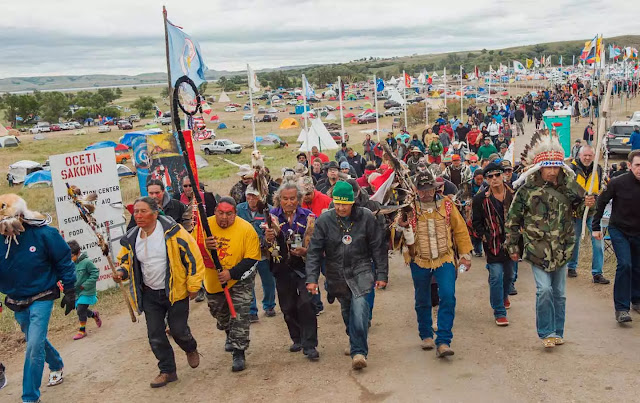 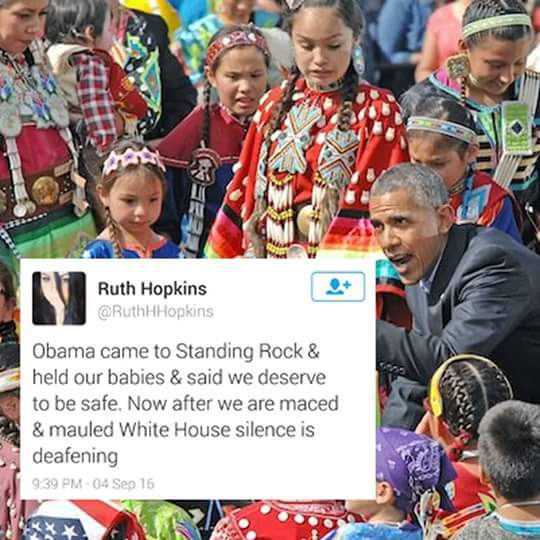 Preliminary thoughts on the disarray in Trump's transition camp:

1. The disarray at the moment is not primarily being driven by protests in the street but instead by the arrogance and overreach of a triumphant Trump. They have axed a section of their ruling class supporters in an effort to settle scores and punish those that they deemed insufficiently loyal.

2. This has two effects: first of narrowing their base of support within the ruling class, second of energizing their far right populist base--since they are proving their "anti-establishment" credentials.

3. While the discord is being driven from within the administration, the ongoing protests have made it clear that there is a political price to be paid for compliance. Sanders and Deblasio seem to be the most prominent Democrats who have broken ranks so far from the Democratic Party line of "unity" for "an orderly transition". The early breaks widen our opening to assert a politics of mass resistance to the Trump regime. Simultaneously the continued protests are making it less likely that other establishment politicians will easily forgive and forget the scorn of the moment, which is how they would like to proceed.

4. Two dangers confront us: first that we assume that the rulers who break ranks and turn against Trump are really on our side. They are making a political calculation based on our mobilizations. End the mobilizations and the political calculus changes. Second, that we miss the way in which the discord at the top will actually energize Trump's base. The hardest of the hardcore elements will become more determined to fight as a result of the fighting at the top and they will have a broader appeal as well. This heights the need for self-defense and for a readiness to defend those being attacked. Moreover it puts a premium on confronting the far right as they begin to organize: their demonstrations, organizing meetings and organizing networks must be exposed and challenged. Meetings of the Klan must be broken up when they emerge. Keep them atomized and on the run.
Shouted into the void by The Punk Patriot at 11:56 AM No comments:

Bernie Was Wrong to Endorse Hillary

There's nothing admirable about selling out the movement you built to back a candidate who worked with party operatives to sabotage your campaign and oppose everything you campaigned on.

Sanders ended his campaign exactly wrong, and has completely disoriented the movement he built and funnelled it into a bourgeois political party that sabotaged him from day one-- and he will extract nothing from the DNC in return for it-- neither for his personal gain, nor for his movement. What he will get in return, is a candidate who campaigned in 2008 on using nuclear weapons against Iran, who lobbied in Haiti to suppress the minimum wage at the behest of sweatshops, who used the state department to back a right-wing military coup in Honduras and then deported the refugees back to die, who lobbied for fracking around the world as Sec of State, who voted repeatedly as Senator to authorize and fund Bush's illegal wars in Iraq and Afghanistan, who called the TPP "the gold standard in trade deals", who supported NAFTA as first lady, who lobbied for racist drug laws, who opposed gay marriage (and continues to privately), who calls Chelsea Manning and Edward Snowden traitors who should be put to death, who backs the Keystone XL, and who is backed by all the same banks who are backing the DAPL pipeline going through Standing Rock (which is why she's silent-- she will complete the pipeline when she is president).

People said that Bernie could be like the "Ron Paul of the left wing" and move the right-wing DNC to the left. Yet, at the end of it, Bernie has proven himself a political coward. Ron Paul ended his campaign by refusing to endorse the GOP nominee, and endorsed the Libertarian Party candidate for president, and gave birth to the Tea Party, which has shifted both the DNC and GOP to the right wing. Bernie could have done the same by backing Jill Stein.

Bernie forfeited his chance to build a serious left wing challenge, when he endorsed Hillary. His "our Revolution" is neither revolutionary, nor ours, it is just another liberal nonprofit in a long line of failed liberal nonprofits formed in the attempt to reform an unreformable Wall Street political party. The Tea Party sought to make a far-right party more right wing. It succeeded. If Bernie's movement is an attempt to reform a center-right political party and make it leftist, it is doomed to fail.

What's needed is for the American left to say Goodbye DNC and work to build a politically independent party that runs it's own candidates, which remains independent of corporate money. Jill Stein is doing that work. I back her, and I back the Green Party. Because with the atmosphere over 400ppm CO2, the future of the planet quite literally depends on it.
Shouted into the void by The Punk Patriot at 11:41 AM No comments: