Has The Pro-Choice strategy of Last 40 years Failed Women?

“What once was maybe a Christian-Fascist movement against women’s right to abortion really got elevated and brought into the halls of power,” says Sunsara Taylor of Stop Patriarchy. “Starting with Ronald Reagan, continuing under Bush, escalating Bill Clinton (quiet as it is kept: Bill Clinton who signed the Religious Freedom Restoration Act, which became the foundation for the recent Hobby Lobby decision).” 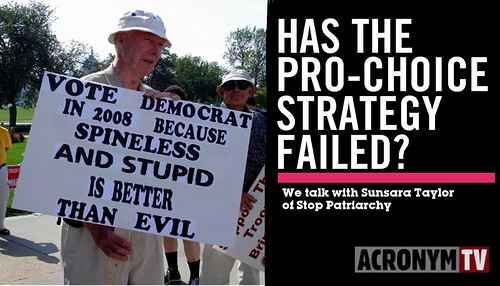 Shouted into the void by The Punk Patriot at 10:22 PM