Jason Leopold, in the clip from the full length Acronym TV episode, How Americans Learned to Stop Worrying and Love Guantanamo Prison, talks about the most shocking thing that struck him about visiting Guantanamo Bay Prison: The surrounding is like any small American town. An Irish pub, swing sets in the back yard of houses where American kids are growing up, a McDonalds, a high school proudly graduating the class of 2014, and other pedestrian businesses all going about their business while up the road, a facility that has the air of a concentration camp. 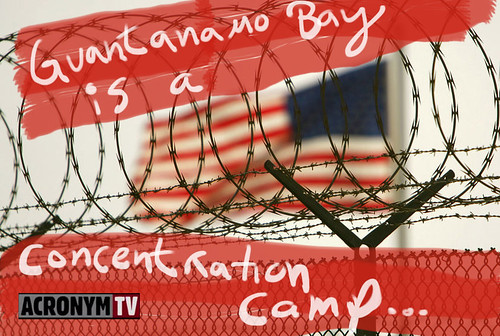