In this clip from Acronym TV’s full program, to discuss a planned month of Resistance To Mass Incarceration, Carl Dix breaks the war on drugs and the war on crime as proxy wars for the war on black, Latino, and oppressed people.

This war, according to Dix, has been going on for decades amongst a backdrop of are the globalization of industry. With production moved from the United States to many other parts of the world where they can find workers that they can exploit much more viciously in much worse conditions and pay them much less than they could here generating more profit for the people who run this country, that leave generations of young people with no legitimate ways to survive and raise families, and Incarceration becomes the program for dealing with that. 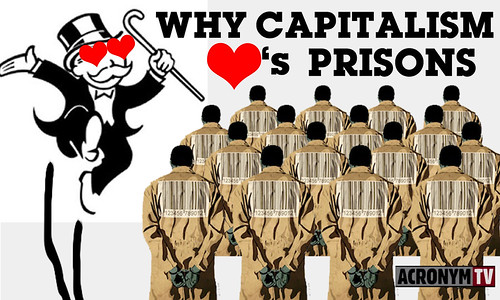 Shouted into the void by The Punk Patriot at 9:45 PM