How much does religious dogma and/or men in long white dresses with funny hats hold women back from being an equal member of society?

If the Church is built inside of a Patriarchy, so to then, is the State. Can we reform this system from within through legislation while maintaining a patriarchal system?

Episode breakdown |
In the United Sates, one out of every three women has had an abortion. If you are a women living in Texas, and a growing number of states, access to this basis, simple and safe procedure has been severely restricted with the passage of Hundreds of new laws in the last several years that strip a women's right to privacy, limit access to abortion and shame women into thinking that their choice about what to do with their bodies is wrong.

It’s been over 40 years since the Supreme Court decided, in Roe V Wade, that women had a constitutional right to abortion. The legal argument was based around the concept that women had a right to privacy under the due process clause of the 14th Amendment, and that right extended to their right to have an abortion. Perhaps no time in the 40 years since Roe v Wade have female reproductive rights been so under attack. From Texas to Alabama to Congressmen saying that women can’t get pregnant when raped because their bodies have a way of shutting that down, men, usually white conservative men with ties to patriarchal religious institutions are working their balls off trying to control women; specifically a woman access to birth control and abortion 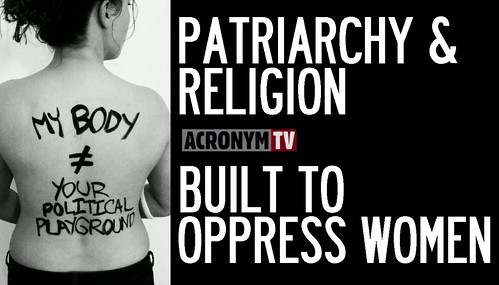 Shouted into the void by The Punk Patriot at 9:37 PM