The Cops Killed Her Son. That Did Not Stop Her.

In this clip form Acronym TV’s full show on the call for a month of resistance To Mass Incarceration, Juanita Young talks about the death of her son, Malcolm Ferguson, a 23-year old man murdered by NYPD officer Louis Rivera. In June of 2007, a jury awarded Ms. Young $10.5 million. At the time of the verdict, Young told the New York Daily News: “the award was vindication that her son, Malcolm Ferguson, 23, was wrongfully shot during a struggle in March 2000 in an apartment building at 1045 Boynton Ave. - three blocks from where Amadou Diallo was gunned down a year earlier.”

According to reporting at Revcom.us:

“The Bronx jury of six issued a resounding “yes!” to the charges that plainclothes police officer Louis Rivera had used excessive force while stopping Malcolm, that his conduct had been a substantial factor in causing Malcolm’s death, that he had handled his weapon in a negligent manner, and that this mishandling was a substantial factor in causing Malcolm’s death. The six jurors also issued a resounding “no!” to the cop's claim that Malcolm had engaged in conduct that might have contributed to his death.

The award ($7 million for punitive damages; $3 million for the pain and suffering inflicted on Malcolm) is one of the highest dollar amounts ever awarded in NYC against the police. The verdict comes with people's memories still fresh of the death of Sean Bell – murdered by the police in a hail of 50 bullets on his wedding day last November, and the NYPD killing last month of Fermin Arzu. And it reflects the unremitting determination of Juanita Young over seven years to struggle to expose what happened to her son, as well as the support of people who are stepping forward to resist police brutality.”

Ms. Young appeared on Acronym TV with Dennis Trainor, Jr alongside Carl Dix, the co-founder of the Stop Mass Incarceration Network, to discuss plans for a month of nationwide resistance to Mass Incarceration.
The organizers call to action for October of 2014 (which is endorsed by Acronym TV) reads, in part:

“Mass incarceration has grown beside the criminalization of whole peoples; a situation in which every African-American or Latina/o is a permanent suspect—treated as guilty until proven innocent by police and racist vigilantes, if they can survive to prove their innocence. This is especially concentrated among the youth, starting with cops in schools, arresting children for things that used to mean a visit to the principal’s office at worse, putting youth on a trajectory from school to prison. Black and Latina/o youth have a target on their backs in this society. Literally tens of millions of lives have been scarred and worse—both the direct victims and their families and communities. People who heroically resisted these and other injustices have been imprisoned, some of them for decades. These political prisoners must be freed.

The malignancy of mass incarceration did not arise from a sudden epidemic of crime. Nor did it result from people making poor personal choices. Instead it arose from cold political calculations made in response to the massive and heroic struggle for the rights of Black and other minority peoples that took place in the 1960’s and 70’s, and in response to the enormous economic and social changes brought about by globalized production. This cancer of mass incarceration has been, from the beginning, nothing but a new Jim Crow in place of the old one. Like the old Jim Crow, it drew on, fed off and reinforced the deep-seated roots of the racism that grew up with slavery. Like the old Jim Crow, it has been, from the beginning, unjustifiable, utterly immoral and thoroughly illegitimate.” 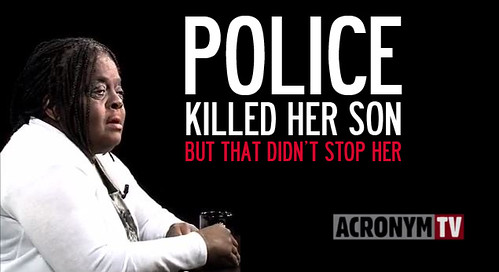 Shouted into the void by The Punk Patriot at 1:18 AM