DISCUSSED: Abortion, Pope Francis, Patriarchy, Does the choice movement need an “it gets better” campaign to empower women to not hide/ apologize about their abortions?, Roe v. Wade, Clinic defenders, Abortion stories, How the Bible teaches women to abort unwanted pregnancy, Bad Choices, Being a target of a pro-life “wanted” poster, Abortion as a local issue, Single women who love sex and don’t want babies.

Katie Klabusich relates her harrowing experience as a target of a “Wanted Poster” campaign from the Pro-Life Action League. “They decided for Lent this year to put together an Internet meme asking people to pray for (three people): me, (and also) an abortion doctor, and a pro-choice journalist. They put the three of us, with our names, cities, where we work, etc., (and published) it in the blog post and told people to ‘pray’ for us.” This was a major concern because, as Katie says,” the anti-choice movement has used wanted posters to kill people. It has lead to assassinations.” 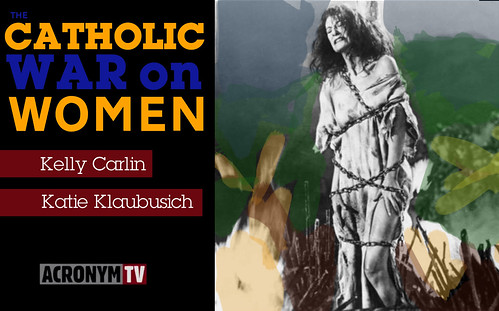 Shouted into the void by The Punk Patriot at 9:28 PM