How Psychedelic Drugs Can Cure Our Collective Insanity

note: This is an episode clip. The full episode, The Healing Power of Psychedelics, will publish at Acronym TV on Thursday, May 29.

Amber Lyon, 3-time Emmy award winning journalist, describes how her work as a journalist covering social justice issues lead to her suffering from Posttraumatic Stress Disorder and how experience with Ayahuasca cured her of the disorder and led to a radical spiritual and career shift.
“I’ve never taken the traditional route in my journalism,” says Lyon “I spent a decade on the street covering some of the worst humanity has to offer whether it be war, slavery, drug trafficking, and I realized after a certain amount of time that I was just covering the symptoms of the greater problem which is our collective madness. We need healing at the individual level before anything is going to change when it comes to all of the destruction that we are seeing in this world. (…) I’ve decided that for the rest of my career I am going to attack the core which is this collective Insanity and collective need for healing; whether that is physical healing or healing when it comes to mental health disorders.

Lyon is developing a website, Reset.Me, which “strives to provide accurate journalism on psychedelics and alternative therapies for depression, anxiety, stress, PTSD, addiction, and other health conditions.
We seek to give those who need to hit the ‘reset’ button in life information for improving mental and physical well being.

Through the aggregation of content and production of independent journalism by experienced reporters, Reset.Me aims to create an open discussion surrounding psychedelics and alternative therapies.”

According to a video produced by Amber Lyon’s new venture, Reset.Me:

“Numerous studies show these substances are non-neurotoxic, non-addictive and are having profound effects curing some of the most stubborn mental health disorders by helping people purge bottled up trauma.   MDMA is curing debilitating PTSD in veterans. Psilocybin, the psychedelic compound in magic mushrooms, is alleviating anxiety and depression. LSD was used successfully for decades to combat alcohol addictions and anxiety. Ayahuasca is helping people purge traumatic memories while increasing serotonin levels in the brain. Psychedelics are some of the most profound medicines known to man.”

Lyon has reported extensively on domestic child sex trafficking. In 2010, She investigated the sex trafficking of domestic minors on the online classified site, Craigslist. Days after her report aired on CNN, 17 state Attorneys General quoted findings from Lyon’s report in a letter to Craigslist demanding the closure of their Adult Services section. Less than a month after the CNN investigation aired, Craigslist shut down their Adult Services section in the U.S. and has since closed the section worldwide. Lyon was honored with a prestigious Gracie Award for women in media and a nominated as a finalist for a Livingston Award for Young Journalists.

Lyon also reported for and co-produced a documentary on child sex trafficking entitled “Selling the Girl Next Door”. The hour-long documentary gave viewers a raw view into the disturbing world of underage American girls caught up in the violent sex trade.

Lyon is also the author of the 2013 Amazon bestseller, Peace, Love and Pepper Spray, a historic photographic documentation of protest across the United States. 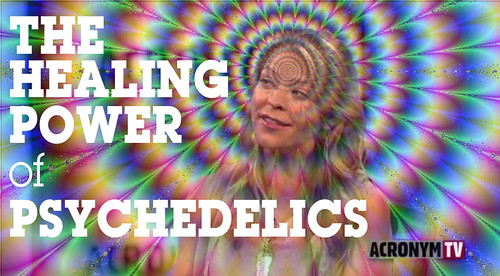