Coming Out of The Abortion Closet


Kelly Carlin, in this clip from the full Acronym TV episode (The Catholic War On Women, watch the full episode here) decides to come out of the abortion closet:

“I’m outing myself here, I’m outing myself in my (forthcoming) book.  I had two abortions when I was a teenager. I was a reckless crazy girl… I was really privileged (and) I was lucky. I had parents who had money. I had access to access to a clinic, it was private and it was the way it has been done for rich people forever.”

Carlin describes the personal guilt and shame she has surrounding that period in her life. When asked if the guilt and shame is related to related to the abortions or the wild behavior that lead to them, Carlin was emphatic. “Absolutely the wild behavior that lead to it… it was general ‘out of control’ human being shame…. One thing I always think about that makes me feel better about this is that women, since the beginning of time, have been aiding other women and helping them deal with unwanted pregnancies.”

Katie Klabusich, a female reproductive rights advocate and clinic escort who also shares her abortion story in this segment said: “There are instructions in Deuteronomy * on how to induce an abortion.”

Episode breakdown |
In the United Sates, one out of every three women has had an abortion. If you are a women living in Texas, and a growing number of states, access to this basis, simple and safe procedure has been severely restricted with the passage of Hundreds of new laws in the last several years that strip a women's right to privacy, limit access to abortion and shame women into thinking that their choice about what to do with their bodies is wrong.

It’s been over 40 years since the Supreme Court decided, in Roe v. Wade, that women had a constitutional right to abortion. The legal argument was based around the concept that women had a right to privacy under the due process clause of the 14th Amendment, and that right extended to their right to have an abortion. Perhaps no time in the 40 years since Roe v Wade have female reproductive rights been so under attack. From Texas to Alabama to Congressmen saying that women can’t get pregnant when raped because their bodies have a way of shutting that down, men, usually white conservative men with ties to patriarchal religious institutions are working their balls off trying to control women; specifically a woman access to birth control and abortion

*For more on a Christian viewpoint that the Bible is pro-choice, I recommend reading Nynia Chance, Biblical Abortion: A Christian’s View, who after detailing numerous bible passages that deal with abortion, unwanted pregnancy, and crazy jealous men, concludes:
“My conclusion as a Christian is that the Bible is not anti-abortion. Rather, there is a non-Biblically-based movement that pretends to use the Bible as its justification for attacking women who do not carry a pregnancy to term (even if it was an unintended loss).” 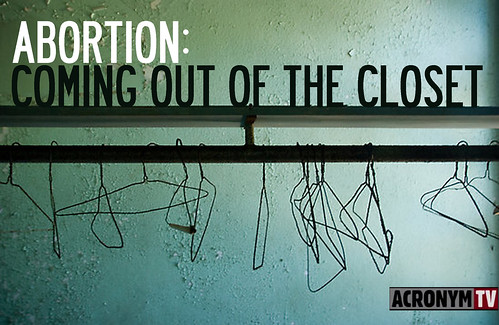 Shouted into the void by The Punk Patriot at 10:09 PM