It was reported today that Jennifer Fox, the 19 year-old protester who was pepper sprayed and kicked in the stomach by Seattle Police, has miscarried.

'I was standing in the middle of the crowd when the police started moving in,' Ms Fox has said.
‘I was screaming, “I am pregnant, I am pregnant. Let me through. I am trying to get out,”’ she continued.

After being kicked and sprayed, she was rushed to the hospital by ambulance where she said an ultrasound confirmed that her baby had not been affected.

But she began cramping and went back to the hospital five days later, and she said she was then told by doctors that there was no heartbeat for the baby. 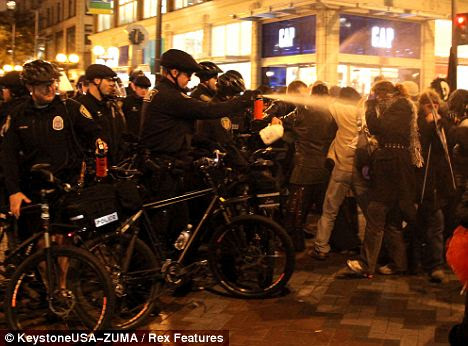 My reaction on the day of the incident

Seattle police sergeant Sean Whitcomb: “We are aware of a claim that a pregnant woman who attended the November 15 Occupy Seattle march has been treated for miscarriage. We are also aware that she has attributed the miscarriage to the use of pepper spray and physical contact by Seattle police officers. No formal complaint has been made. Consistent with standard procedure, the Office of Professional Accountability, or OPA, has initiated an internal investigation to look into the matter further. The OPA investigators will be actively searching for any information that will support this claim.” 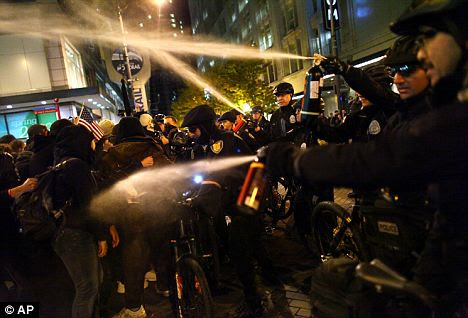 Shouted into the void by The Punk Patriot at 6:55 PM