Bloomberg says less than 1,000 people protested today. He must have had his back turned to the other 29,000 who were out in the streets today when he was counting. 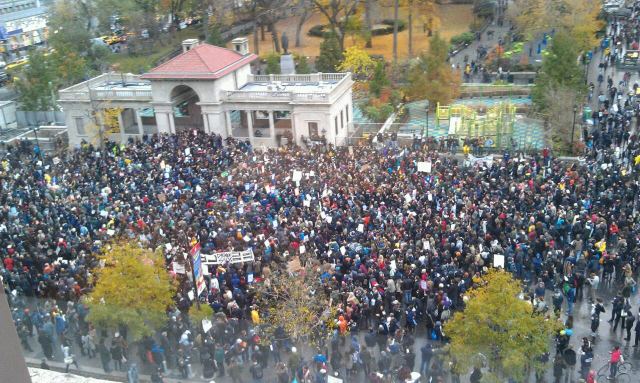 #OWS protesters took their stories of being screwed by the US financial system to the Subway, using the People's Mic: 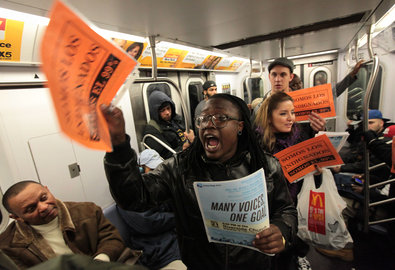 For no reason, NYPD kettled people into Zuccotti, with riot helmets on, and billy clubs drawn: 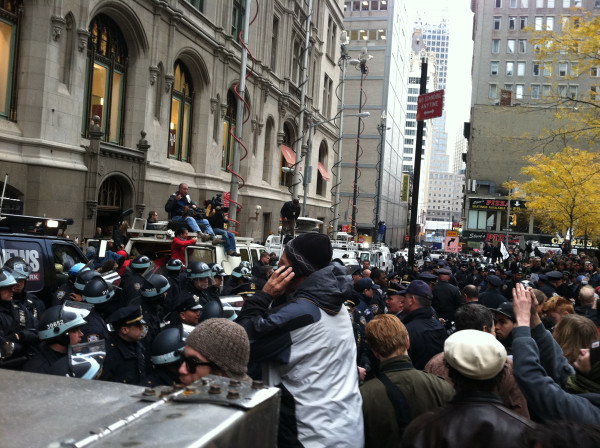 Police using Barricades as a weapon on the kettled protesters:

Brendan "Romania" who sustained a head injury when NYPD pushed him to the ground, hitting his head on a curb:

The Gothamist reports on Unions and #OWS coming together at Foley Square:

OWS and Unions at Foley Square from Gothamist on Vimeo.

With the unions involved, the Police led this march as escorts:

Shouted into the void by The Punk Patriot at 11:51 PM