Even at a time when the popularity of shows like Neil deGrasse Tyson’s Cosmos, Arel’s aggressive brand of atheism will not win many friends. In fact, a recent Pew Research survey showed that people of all religious faith have one thing in common: their utter disdain for atheists.

“Jews, Catholics and evangelical Christians are viewed warmly by the American public. When asked to rate each group on a “feeling thermometer” ranging from 0 to 100 – where 0 reflects the coldest, most negative possible rating and 100 the warmest, most positive rating – all three groups receive an average rating of 60 or higher (63 for Jews, 62 for Catholics and 61 for evangelical Christians). And 44% of the public rates all three groups in the warmest part of the scale (67 or higher).

Buddhists, Hindus and Mormons receive neutral ratings on average, ranging from 48 for Mormons to 53 for Buddhists. The public views atheists and Muslims more coldly; atheists receive an average rating of 41, and Muslims an average rating of 40. Fully 41% of the public rates Muslims in the coldest part of the thermometer (33 or below), and 40% rate atheists in the coldest part.” (Emphasis added)

The scary part about that data (aside from rampant Islamophobia in America) is that survey shows an improved opinion of atheists from only 3 years ago.

A 2011 poll found that US citizens trusted atheists on par with rapists.

With this kind of fervent hatred and distrust, Arel asks, what does the future hold for a group (Atheists) so hated in their own country?

About the guest |
Dan Arel is freelance journalist for Alternet and Salon as well as a blogger for The Huffington Post. He writes a column called Danthropology for American Atheists Magazine and is the author of the book Parenting Without God, How to Raise Moral, Ethical and Intelligent Children, Free from Religious Dogma, published byDangerous Little Books

Acronym TV's growing YouTube subscriber base of 33 thousand has generated over 30 million views, and is part of The Young Turks Network, the largest online news source in the world.
Acronym TV, what do you stand for? 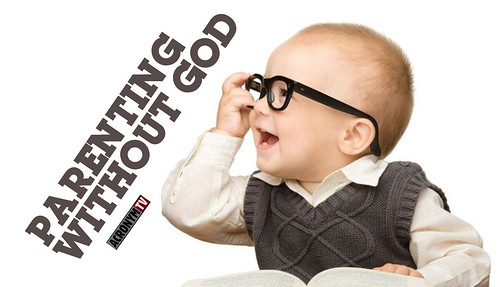 Shouted into the void by The Punk Patriot at 4:01 PM