Who Killed JFK, and WHY? 50 Years of Questions Yields A New Answer

With the 50th anniversary of JFK’s assassination upon us, it will be hard to avoid watching the Zapruder film and debating with your friends and in online forums like the comment section of this video, who killed President John F. Kennedy, and why?

The fact is that JFK’s assassination started a brutal trend. In the five-year period between 1963 and 1968, John F. Kennedy, Malcolm X, Martin Luther King, Jr., and Robert F. Kennedy were all killed.

Whether or not you believe they were killed by men with ear pieces and black suits who knew 17 different languages and 17 different forms of kung fu taking orders from an actual organization of men shrouded in cigar smoke and oak walls and single malt whiskey making the calls or some other confluence of events is immaterial.

However it came to pass, the results are the same.

The results of those four leaders of American progressive politics being killed in such a short amount of time is that Americans collectively put our tails between their legs, our heads down, and we did what we were told.

So now, when we pick our heads up for air and look around what do we see? 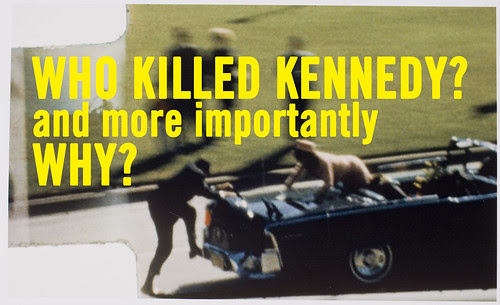