In what should be another colossal embarrassment for the United States- recently leaked internal documents show how little our government is prepared to take responsibility for the damage done by climate change, the negative effects of which are caused by our hyper capitalist culture of consumption without consequence.

“In an internal briefing paper prepared for its diplomats across the world ahead of the Warsaw climate negotiations, which The Hindu has accessed, the U.S. has opposed the setting up of a separate process on ‘loss and damage’, pushed primarily for the role of private investments and finance in providing the promised money to the poor countries to adapt to climate change and have a 2015 climate agreement where no country is forced to take higher emission reduction pledges than the ones they initially volunteer. It also informed its diplomats to keep pushing the line with other countries that the U.S. was doing enough domestically on the climate change front and these were priorities for President Barack Obama and John Kerry.”

There are two things at play here. One is setting limits and playing a chess game over who will pay for the climate change damage that will come – and disproportionally affect less developed countries that have not the means to defend themselves from human induced climate change or contribute to the conditions that will harm or kill them The other thing at play, the Giant Pink Elephant in the room that our world leaders can’t seem to deal with is the reality, as outlined in a study by the Global Carbon Project, of a 4 or 6 degree Celsius increase in global temperatures that could mark a significant and perhaps final chapter in the story of our species. 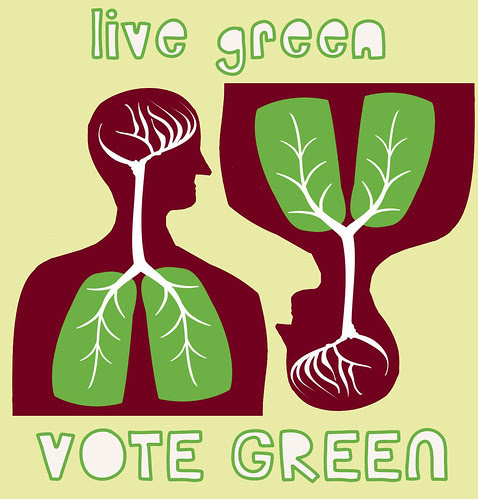 Get this image on a shirt, yo!

Shouted into the void by The Punk Patriot at 9:14 PM