Don't Mess With The Lady Parts of Texas Women

In the United Sates, One out of every three women has had an abortion. If you are a women living in Texas, that state has passed hundreds of laws in the last several years that strip a women’s right to privacy, limit access to abortion and shame women into thinking that their choice about what to do with their bodies is wrong.

As Cecil Richards, President of Planned Parenthood, put it:

“We've heard stories from women who have taken 400-mile bus rides to get an abortion several towns away; heartbreaking accounts of folks who are trying desperately to raise the money to leave the state and travel somewhere they know they'll be able to access their constitutional right. Anecdotally, we're seeing signs that more than anything else, women are simply delaying having the procedure. Some of those women may be holding out hope that a court will rule, or an elected official will step in; others are just plain out of options. History shows us that in this situation, we all have reason to fear that some women will take matters into their own hands and resort to desperate, possibly unsafe measures.”

Recently, Lizz Winstead and Sarah Silverman decided to do something about the war for female reproductive rights and served as co-hosts of the  “Clear Eyes, Full Hearts, Can Choose” telethon, which raised over 50 thousand dollars to benefit groups that provide funding for women seeking abortions, including  The Lilith Fund for Reproductive Equity, Fund Texas Women, Texas Equal Access Fund, and the Whole Woman’s Texas Action Fund.

Katie Klabusich who was a producer of the event along with Winstead, is our guest interview guest in this segment to discuss the war on Women. 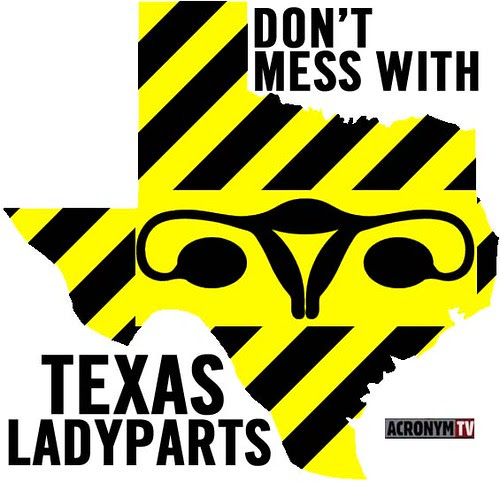 
Shouted into the void by The Punk Patriot at 5:25 PM