ExxonMobil plans to build a toxin-spewing export terminal on the shores of Casco Bay in Maine.

According to 350.org:
“Such a terminal would allow the flow of millions of gallons of Canadian tar sands to be transported through the region, putting our planet, our local waterways, and community health at unacceptable risk.
All evidence indicates that ExxonMobil – the majority owner of the PMPL - wants to pump toxic tar sands oil through New England and South Portland is now a crucial battle line in the fight to stop them.
In addition to the climate change risks of tar sands oil production, additional local impacts – with or without with a spill or rupture – would be devastating.

As the CCSP says firmly, "The threats that tar sands pose to our environment, health, water supply and air quality are simply unacceptable." “

Asher Platts files this report, which includes an interview with Bob Klotz of 350Maine.org. 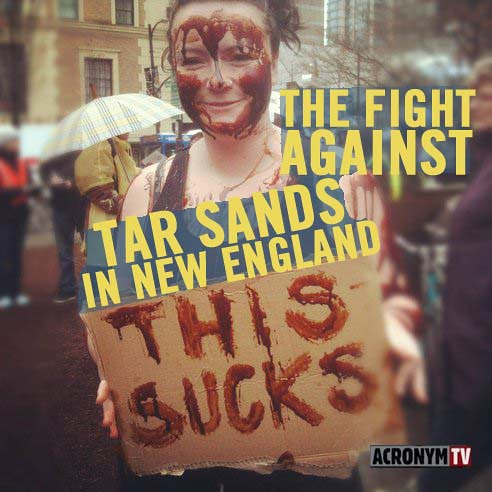