With the knowledge that the day is coming when the digital side of media consumption will outpace the cable television side of the business, Cable news stations are scrambling to carve out space in the digital realm. MSNBC, for example, recently unveiled a completely redesigned website. The site prioritizes focused user interaction over exposure to a wide range of topics- with only 10 stories on the main page at any given time. MSNBC executive editor Phil Griffin said “We are the platform for the Lean Forward, progressive community. We hope it benefits television, but it will be in and of itself its own medium.”

The Lean Forward Brand for cable TV was pushed on us with a series of 30 second spots wherein the MSNBC personalities would speak to us from the heart about what makes them progressive, the ultimate objective of coarse, was to increase our trust in those personalities, and in turn, what they say.

Joining me today to discuss the implications of Native advertising is Steve Horn. Steve is a Madison, WI-based Research Fellow for DeSmogBlog and a freelance investigative journalist. His writing has appeared in multiple publications, including The Guardian (UK), AlterNet, The Nation, Truth-Out, CounterPunch, and many other publications. 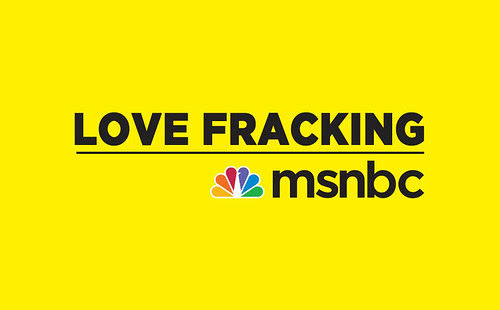 Shouted into the void by The Punk Patriot at 6:16 PM