Speaking at the opening plenary of the New York City Global Climate Convergence in the days before the People’s Climate March, Nastaran Mohit told the assembled crowd that the revolution “and this (Climate Convergence) movement is not going to be spawned from the activist white community. It is going to be led front and center by marginalized and the most directly affected communities.”

Mohit, a New York City based labor organizer who was instrumental in the success of Occupy Sandy, went on:

While Mohit characterized the People’s Climate March as an “epic event” that she was “proud to participate in” she was quick to balance that excitement with skepticism over the funding behind the march and “the lack of demands, the parade route” (the parade went no where near the U.N.).

“We also need to be very real when we talk about how scary it is for the big green groups (and) the big corporations for this movement to challenge Capitalism.”

Mohit sat down with Dennis Trainor, Jr. of Acronym TV to talk about her role as an Occupy Sandy organizer, and how she sees her work as a Labor organizer converging with her work in the Climate Justice movement.

This interview is part of Acronym TV’s expanded coverage of the NYC Global Climate Convergence.


"The Convergence calls for a solution as big as the crisis barreling down on us – an emergency green economic transformation, including full employment and living wages; 100 percent clean renewable energy by 2030; universal free health care and education; food and housing security; an end to deportations and mass incarceration; economic and political democracy; demilitarization; ecosystem restoration and support for the rights of Mother Earth; and more." 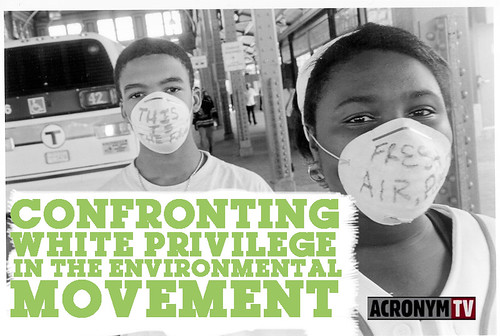