Is Ferguson Is Just the First Wave of Escalating Riots and Police Repression? 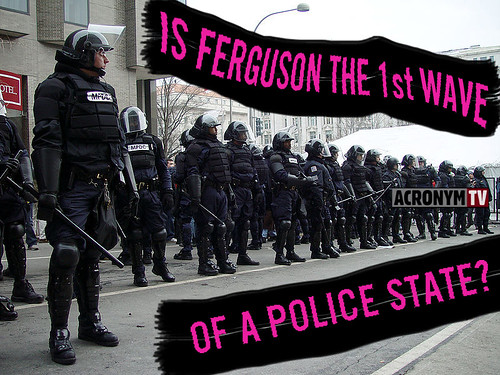 The murder of Michael Brown by Ferguson Police Office Darren Wilson set off and wave of protests, the majority of which were non violent. The militarized police response and the violent repression of peaceful protestors will only get worse if the economic conditions of this country do not change radically and quickly, says David DeGraw, author of the new book, The Economics of Revolt. “If you want to change things through non-violent methods, the window of opportunity is closing fast. Very fast,” says DeGraw.

Shouted into the void by The Punk Patriot at 5:42 PM