We Would Have Revolution Overnight If People Understood This One Thing

In his new book, The Economics of Revolution, DeGraw writes:

“Having that much wealth consolidated within a mere 1% of the population, while a record number of people toil in poverty and debt, is a crime against humanity.  For example, it would only cost 0.5% of the 1%’s wealth to eliminate poverty nationwide.  Also consider that at least 40% of the 1%’s accounted for wealth is sitting idle. That’s an astonishing $13 trillion in wealth hoarded away, unused.”
In this clip from the full 30-minute interview, DeGraw points out that the Federal Reserve is already printing money and giving it away to the financial elite. 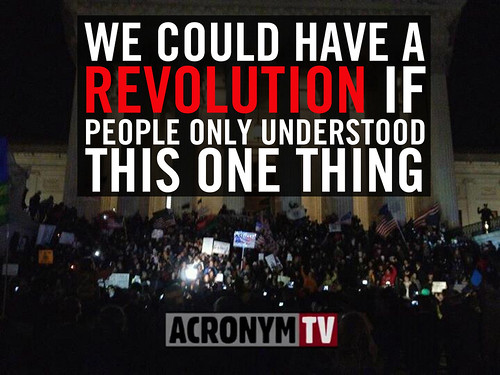 Shouted into the void by The Punk Patriot at 7:52 PM