A day before the People’s Climate March drove 400,000 people into the streets of New York City, Jill Stein sat down with Dennis Trainor, Jr of Acronym TV and outlined what she sees as the coming green revolution.
“The U.N. has sold us out,” says Stein “The UN has become the apologists for false solutions (like) nuclear power, fracking, and so-called clean coal,” says Stein. “The U.N. has sold us out, and it is really important that we take a new direction, with a very clear goal (…) one which puts people, planet and peace over profit.” 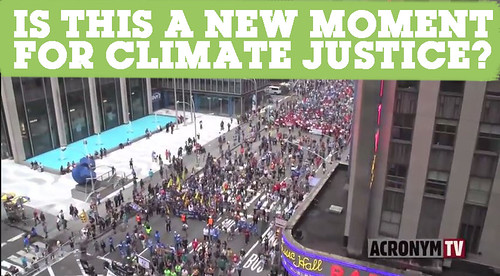 Shouted into the void by The Punk Patriot at 5:00 PM