Zimmerman, At Gun Show, Wonders Why World Is Mad With Him

George Zimmerman, singing autographs at a gun show in Orlando, Florida over the weekend, wondered why people are angry with him.

Here is one possible answer:

Here is the thing, George, people know that it is not an aberration for a wanna be cop like you to patrol a neighborhood with a loaded gun and, upon seeing an African American kid whom you did not recognize, assume that kid was a threat, and then tail that kid with your itchy finger on the trigger of your loaded gun and initiate and then escalate a situation that resulted in that unarmed kid murdered and killed by you, Georgie.

It is more than that, however. People are angry at the ALEC written stand your ground laws that, while it played no direct role in your not guilty verdict, played a very direct role in the culture that empowered you to cruise around packing heat. In the case of stand your ground, the NRA wrote the law, and worked with ALEC to grease it through the legislature and get it passed into law in 2005, and the rate of legally justifiable homicides in Florida has tripled since then.

You see this is America, where corporate profits drive legislation. So George, in some ways, you are a lightning rod for something much bigger than even your cowardly murder. Even more than that, people are angry with you George for something that you did not do- they are angry with you because you are the beneficiary of a justice system that at every level oppresses people of color in general and African Americans in wildly disproportionate ways. The fact that you, George, are a person of color adds some nuance to this previous point, but it does not change the fact that you must know in you gut that if Trayvon Martin was named Cody and was popping an Abercrombie and Fitch hoodie above his blond surfer boy lochs, he would not be dead, and if you were stupid enough to have killed him, you would be in a jumpsuit behind bars, having been convicted of murder in a case that would not have made you famous.

Aura Bogado writing for The Nation after the Zimmerman verdict noted that it was White Supremacy that acquitted George Zimmerman- a view that  “one that is suspicious of black men in his neighborhood, is one that adheres to white supremacy. It was replicated in the courtroom by his defense, whose team tore away at Rachel Jeantel, questioning the young woman as if she was taking a Jim Crow–era literacy test.”

We are angry with you George, because you are the face of a horrible cancer on the body politic of American life.

Like any cancer victim George, we just want our cancer to go away, even as we ask ourselves what we could have done to bring this cancer upon ourselves. 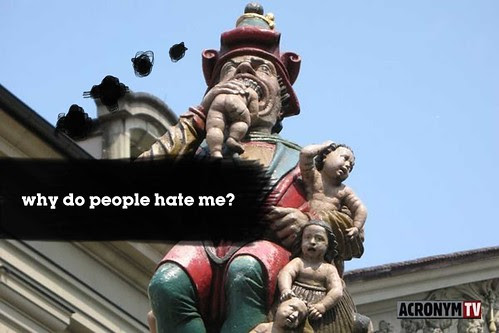