Reform is Dead. Revolution Now: An Open Letter to the 3.5%

This is an open letter to you.

We are in a historic moment where a new cultural, political, ecological reality must emerge and replace the dominant paradigm. The planet itself, to say nothing of the overwhelming majority of human beings, can no longer live with the killer that is global corporate capitalism in our midst.

Research of hundreds of resistance movements shows that no resistance movement in the last 100 years has failed when 3.5 percent of the population participate. How close are we to that tipping point? We may be closer than you think.

So, you are cordially invited, challenged even- to become part of the 3.5 percent; to commit to an action or actions starting April 4, 2014 against the corporate controlled State and it’s paradigm that preys on the resources and spirits of people. Your actions, and the actions of others, will become a ripple that crisscross with other ripples, each coming from their own centers of daring. These ripples can build a current that can wipe out the mightiest walls of oppression and resistance.

Okay, so Robert F. Kennedy said that. They killed him. So it goes.

You who else they killed? Martin Luther King, Jr. Think they killed him because he had a dream?

They put him on a stamp because he had a dream. They killed him, neutered him, and packaged him up all nice and delivered a version of him to your children’s history books that omits the really dangerous ideas he was proposing like a guaranteed income for all.  King was ready to wage a war on poverty, and today we have the reverse:  a war on the poor.

It is perhaps for that reason that the recent call for a crowd sourced worldwide wave of action put forth by Anonymous suggests a 3 month span beginning on around April 4, 2014:  the 50th anniversary of Martin Luther Kings assassination. The naysayers and propagandist will be quick to dismiss the next fissure that erupts through the façade of Empire by saying we are not focused enough. Once again they will ask: what is your demand?

As the call from Anonymous states:


“Throughout history, when people have fought against tyranny and oppression, they didn’t have one perfect utopian model outcome agreed upon beforehand. They just knew that the invading and old systems were detrimental to their wellbeing and had to go. We are now in that position.”

You are now in that position. Leverage it. 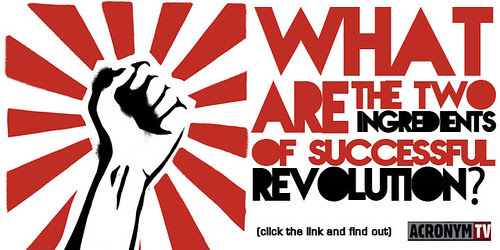