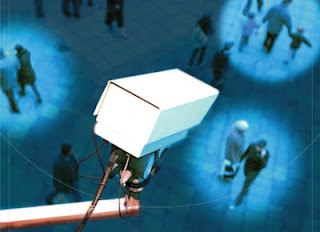 Think you have "nothing to hide"? Think again.

Despite the barrage of news coverage since the recent revelation of a widespread government surveillance program, as well as the outrage of political pundits on both the left and the right, most Americans responded to the wiretapping allegations with a collective shrug. In fact, if recent polls are any indication, most Americans are not merely ambivalent about being spied on by the government--many actually support it.

A Pew Research Center/Washington Post poll finds over half of Americans (56 percent), consider the NSA's "Prism" program, "an acceptable way for the government to investigate terrorism." Likewise, 62 percent consider "investigating terrorist threats" more imperative than upholding personal privacy, according to the Pew poll.

These findings come on the heels of a similar survey conducted shortly after last month's Boston Marathon bombing that found 78 percent of Americans support the increased use of surveillance cameras in public spaces.

While the fact that Americans, post-9/11, are all too eager to swap civil liberties for security (or, at least, the pretense of security) is not, in of itself, terribly surprising or even revelatory, this New Normal attitude is, nonetheless, worrisome. Americans' default response to government wiretapping is something like this: "If you aren't doing anything wrong, you have nothing to hide." (This statement is usually accompanied by a reminder that there are "people in the world who hate us and want to do us harm.") I find this oft-repeated sentiment particularly frustrating--not to mention altogether shortsighted.

The "I-have-nothing-to-hide" retort has become so common it now "pervades discussions about privacy" according to Daniel J. Solove in a 2011 article for The Chronicle of Higher Education ("Why Privacy Matters Even if You Have 'Nothing to Hide'," 05/15/2011). As Solove explains, "In its most compelling form, it is an argument that the privacy interest is generally minimal, thus making the contest with security concerns a foreordained victory for security."

In other words, claiming you have "nothing to hide," (so bring on the magnifying-glass!), is similar to the all too common accusation that critics of Israel are "Anti-Semitic." Both default retorts promptly shut down any substantive conversation on the issue.

(Solove, in his article, then offers some potential rebuttals to the "nothing to hide" claim. My personal favorite is, "...So why do you have curtains in your house?" Here's one of my own: "Nothing to hide? Then let me look at your Internet browsing history.")

Obviously whether or not one has anything to hide is not really the point. Kafka's ill-fated protagonist "K" from The Trial thought he had "nothing to hide"--that he was an otherwise law-abiding citizen. That does not stop the police from showing up, without warning, to his house and arresting him without telling him why. Indeed, the nature of K's crime or the charges against him are never revealed.

The truth is, no matter how Americans may respond to the Prism program, we all appreciate a certain degree of privacy, anonymity and seclusion. Even Americans who shrug at the government's intrusion into their phone calls often will paradoxically express concern for lack of privacy in an entirely different setting.

A recent conversation I had with a family friend is a perfect illustration of this sort of inconsistent thinking. She fed me the "nothing to hide/people want to kill us" line about the surveillance program, yet later in the conversation, informed me she never conducts online transactions because she considers the practice "unsafe." Why she believes her personal information is any safer in the hands of government officials than Internet thieves is unclear. She also does not use Facebook due to similiar privacy concerns. Again, she offers no explanation for her disconnect in logic.

The cultural erosion of privacy does not mean we, as citizens, get to pick and choose where, when and in which sorts of settings we may retain some level of privacy. Once we willingly abdicate our privacy in one civic arena, it is only a matter of time before we lose it from all others as well. It is a domino effect. As Benjamin Franklin observed, "Those who would give up essential liberty to obtain a little temporary safety, deserve neither liberty nor safety."

Furthermore, it is only within the realm of privacy, when we can securely indulge in our private thoughts, opinions, and creative tendencies, that we are truly free to be individuals. Artists, dissidents, rebels and philosophers all know the value of privacy. They understand how difficult it is to maintain a sense of individuality when one is constantly being watched. This is especially true at work and school--institutions where we are under constant surveillance and supervision. These institutions, whether by accident or design, generally do not encourage creative or radical ideas, beliefs or actions. Quite the reverse: They snuff them out.

This is precisely why the totalitarian Party depicted in George Orwell's 1984 utilizes mass surveillance, ubiquitous telescreens and the Thought Police to keep its citizens constantly monitored and in line. It is why Winston Smith must seek out an unlit corner of his room, out of the view of the telescreen, in order to write in his journal--a criminal act in Orwell's dystopia. When Winston is captured and tortured in the ironically named Ministry of Love--"The place where there is no darkness"--O' Brien tells him, "We shall crush you down to the point from which there is no coming back."

Things will happen to you from which you could not recover, if you lived a thousand years. Never again will you be capable of ordinary human feeling. Everything will be dead inside you. Never again will you be capable of love, or friendship, or joy of living, or laughter, or curiosity, or courage, or integrity. You will be hollow. We shall squeeze you empty, and then we shall fill you with ourselves.

In the end, it is not merely Winston's body that is shattered during his brutal treatment--it is his identity; his very sense of self. Without a sense of identity any sort of rebellion, dissent, or creativity is impossible. And that capacity to resist is precisely what we all risk losing if we passively allow the surveillance state to continue.

You may believe you have nothing to hide. But you have everything to lose.
Shouted into the void by Unknown at 4:16 PM