Picking campaign music for the GOP

So the New Yorker has an article in which Ben Greenman makes some dry, unfunny jabs at the GOP frontrunners by picking their campaign theme music.

For Michele Bachman, for instance, he picked "Shine on you crazy diamond." For Mitt Romney, he went for a pun by picking cheap trick's "Stiff Competition." Get it? Because Romney is stiff and charisma-free!

Rather than digging through the top 40 hits of the past 40 years, they should look to death metal. In particular, one band:

I mean, what's more appropriate to show that you as a candidate are in support torture, (er ahem, "enhanced interrogation") than Cannibal Corpse's "Make Them Suffer"?


And at pro-life rallies, just to get everybody all riled up, they can play "Butchered At Birth." as you walk onto stage. Y'know, to remind everybody what abortion means. Because those giant posters with body-parts splattered across them[editor's note: the image at the link is graphic] just don't quite convey the message succinctly enough.

And in support of our three illegal and immoral wars, they can play "Scattered Remains, Splattered Brains." 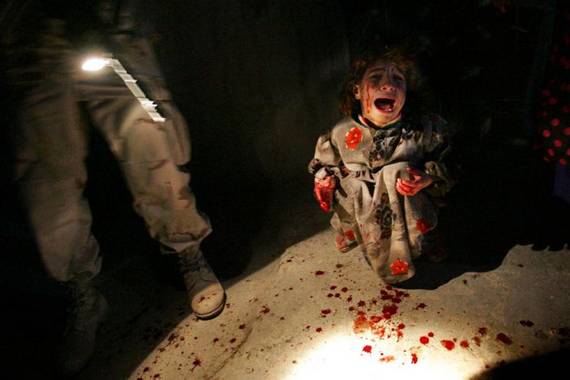 Actually, you could use any of these for quite a few Democrats too.
Shouted into the void by The Punk Patriot at 12:38 PM