There IS a class war, and the rich are kicking our ass

Bob Herbert in the New York Times had this to say on the Class War : There is a Class War, and the Rich are KICKING OUR ASS!

He goes on, and you should really read the full article, but the part that resonated with me the most is the following paragraph:

"The rich may think that the public won’t ever turn against them. But to hold that belief, you have to ignore the turbulent history of the 1930s."

Which is why I've started the Kill & Eat the Rich Campaign. I don't know if it will take off or not. It all started with a t-shirt and a fable. I'm really hoping, that like that Green Revolution in Iran, it becomes a viral meme and take on a life all of it's own. Hey, I can dream, right? 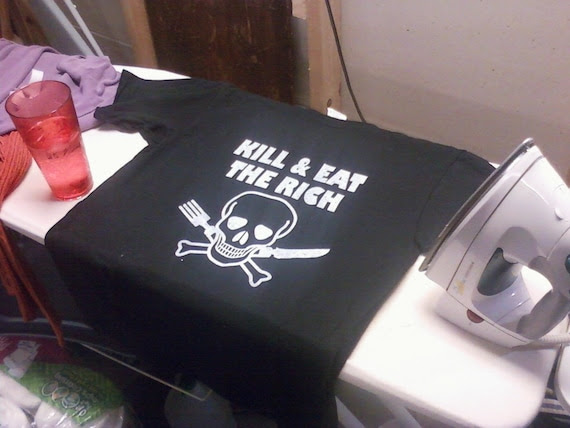 Shouted into the void by The Punk Patriot at 11:52 PM