Health Insurance Company: Sorry, But Rape is a Pre-Existing Condition 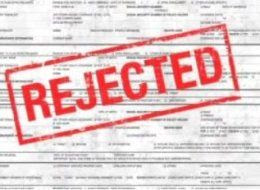 A Florida woman, who is a victim of sexual abuse, claims that rape was called a "pre-existing condition" by several health insurance companies, which would have disqualified her for care.

In 2002, Chris Turner, a health insurance agent from Tampa, Florida, was drugged and raped during a business trip. When she conferred with a doctor after her assault, Turner was prescribed preventative anti-HIV drugs, and she later entered counseling to help deal with the residual psychological effects of her rape.

[more after the jump]

That's your beloved Free-Market at work...
Shouted into the void by The Punk Patriot at 11:18 PM