More than half of respondents in the survey, released by Harvard University’s Institute of Politics, said they think elected officials don’t share their priorities, and almost two-thirds said elected officials seem motivated by selfish reasons. Less than a quarter of the millennials polled said they will definitely be voting in November.
Read more: http://bit.ly/TAWHR7

On Acronym TV this week, two individuals working to fix our Democracy in crisis. 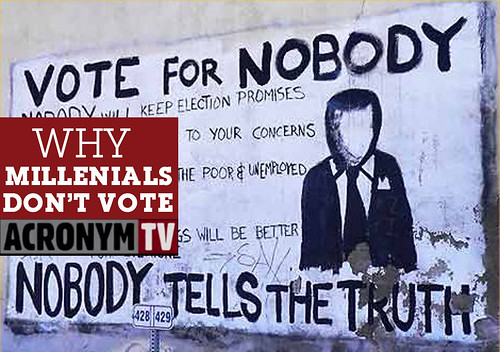 Shouted into the void by The Punk Patriot at 10:04 PM