(Note: this is an episode clip. Watch the full show here: https://www.youtube.com/watch?v=VKMjT0zB5aM)

Christina Tobin, the founder and chair of Free and Equal,  sits down with Dennis to discuss our Democracy in crisis and the United We Stand Festival Tour.
The motto of Free and Equal is More Voices, More Choices.

“We believe that freedom is enhanced when voters are presented with all the sides to an issue and have a chance to fairly evaluate all the candidates running in an election. However, the incumbent political parties like to define the parameters of the debate by presenting only two choices, or two versions of the same idea.

With the privately run Commission on Presidential Debates, Republicans and Democrats go to great lengths to exclude candidates not belonging to their own parties by setting restrictive qualifications to participate in the debates sponsored by their interest groups and then refusing to show up at debates where all candidates are invited.

We believe that all ballot-qualified candidates should have the opportunity to participate in debates. The Free & Equal hosted 2008 and 2012 Presidential Debates were the only debates featuring independent and third party candidates and to be broadcast live to a nationwide audience.”  -www.freeandequal.org 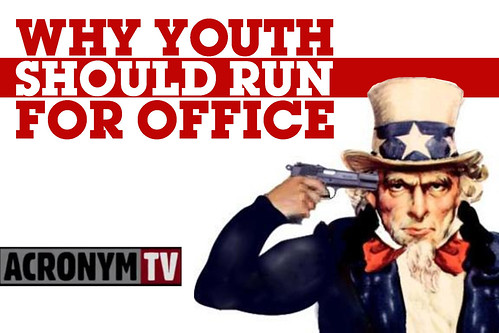 Shouted into the void by The Punk Patriot at 7:19 PM