Cutting off H2O to the NSA


According to OffNow.org , there are THREE steps that can be taken on a state level to make life difficult for the NSA.

1. 4th Amendment Protection Act. Our signature model legislation, the 4th Amendment Protection Act, would ban a state from taking actions which provide "material support" or assistance to warrantless federal spying programs. This includes provisioning of resources, and banning the state from using data obtained without warrant in state court. States should pass this legislation whether they have a physical NSA facility or not, banning the warrantless data in court will have an immediate effect. And, since the NSA rarely publicizes its plans in advance, it's essential to ensure that their ability to expand with more data center facilities around the country is restricted before they get off the ground. (learn more here)

3. Freedom From Location Surveillance Act. A narrow, but important first step against the growing surveillance state, the Freedom From Location Surveillance Act bans state and local law enforcement from obtaining the location information of a person's electronic device without a warrant.  The NSA is tracking the physical location of people through their cellphones. In late 2013, the Washington Post reported that NSA is "gathering nearly 5 billion records a day on the whereabouts of cellphones around the world." This includes location data on "tens of millions" of Americans each year -- without a warrant. 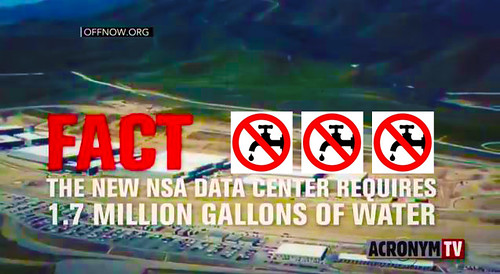 Shouted into the void by The Punk Patriot at 9:16 PM