Has your mind been colonized?

Has your mind been colonized?

Now this might conjure of the image of a brain riddled with parasites like Toxoplasma, or the tiny worms that infect Fry from Futurama, but I'm actually talking about your brain being colonized by memetics-- by ideas. 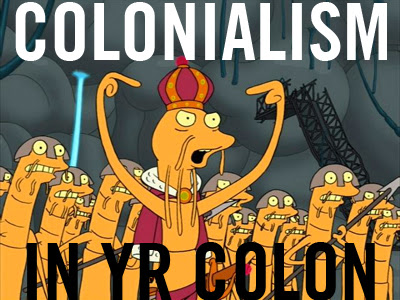 That a mind can be colonized by an idea was introduced to me by the Slovenian political/art/music/theater movement called “Neue Slovinch Kunst.” The Neue Slovinch Kunst claims to be a 100% voluntary fascist empire, which doesn't have borders, but instead exists throughout all of time and space in the minds of its citizens. Those who are made aware of the NSK have been colonized-- the NSK State lives in your head.

Now, what I love about the NSK is that while it seems silly, our very serious and "real" national borders are actually arbitrary lines that people made up-- our nations, including the United States, are actually equally fictional as the NSK State. Both the NSK State and the United States of America, or the Country of Yugoslavia, they only truly exist in our own minds. Especially Yugoslavia, which ceased to exist in 1992. 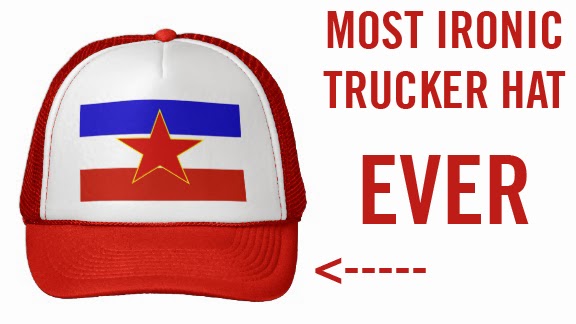 So has your mind been colonized?

It's hard to know to what extent your own mind has been colonized, because the colonial mindset infects everything within a colonial culture, and it normalizes itself. When things are normal, they are not noticed-- because they are normal.

The origin story of the planet Earth, our Solar System, and our Sun, sounds similar. Even while the origin stories for our sun are factually accurate, most stories about how our solar system formed omit huge swaths of the story, and lie by omission. If you look at the first ten results of “sun origin” in google, each version of the story goes something like this,

“Billions of years ago, in one arm of the Milky Way Galaxy, a cloud of dust and gas started to condense. Hydrogen and Helium collected together and became more and more dense, until our star, Solar, was born. Thankfully, not all of the cloud was used up to make our sun, and the leftovers spun off into a disk that eventually formed our planets.”

Both of those origin stories are riddled with a colonial mindset. How so? They ignore the complexity of history, and focus only on what is familiar to us today, not on what used to be.

Now, in the story of America, the glaringly obvious fault with this story is that first nation people were living here for thousands of years prior to the arrival of white people. And they have their own history, their own sagas of conquest, political struggles, the rise and fall of nations and peoples. But we ignore all the vast richness of that history and condense it to this uninteresting pastiche of a native person, who exists outside of time, preserved in history as though they were waiting around all those thousands of years for us to arrive and start wrecking the place. Only then, in this narrative we tell ourselves, does history move forwards for the Native Person. In this story we tell ourselves, First Nation people fall out of history after colonization and genocide is nearly complete, and remain frozen in time, as that same pastiche of an “Injun,” being extinguished from history under the heel of military boots, like a smoldering cigarette butt. And this is complete and utter bullshit. First nation people are still living, still struggling, still working, still persisting, and are still part of our history as a planet as we advance through time together. But our myopic colonialist mindset pretends that history in North America started with the white man's arrival, as though America formed out of nothing.

Now to many viewers this may be obvious, we get things wrong on purpose when we tell our history to ourselves, to protect ideas of Nationality, of Morality, of how we are on the right side of history.
That tendency to lie, to fictionalize our history, as though us, the ones telling the story are the most important, glorious, amazing things in the entire universe, is a natural consequence of Empire. If we don't use a fictionalized history to lie to ourselves about how we got here, we cannot morally justify our existence to our children, an existence which is built on bloodshed, oppression, and subjugation. 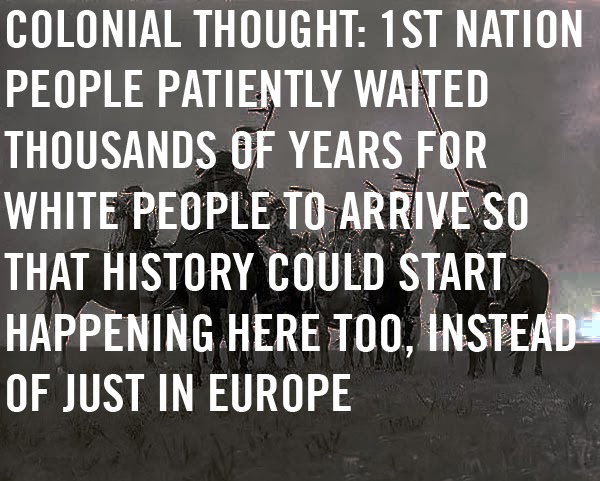 But that tendency becomes such a habit that in infects every aspect of our lives. Let's go back to the origin story of the sun.

Our earth contains dense atomic structures. Uranium. Plutonium. Lead. However, to find evidence that we existed as a star previous to our current iteration we only need to find elements more dense than lithium. Carbon will do. Yet our planetary core is made mostly of iron, an element far more heavy atomically than lithium or even carbon. We are nearly certain that the first atoms to form in the vacuum of space were hydrogen, helium, and lithium, and that these elements formed the first stars of the universe. Anything heavier than that on the periodic table of elements, and you need fusion. And fusion happens in stars. So where did the Carbon, Iron, Uranium, Cesium and all the rest come from? The center of a star. Our sun, all our planets, and quite possibly a good number of other stars as well, were all contained within the mass of a greater star, which exploded into a cloud of dust and gas.

When we tell our origin stories, we ignore the reality of history. The Colonial mindset is totally normal. Nobody sees it, because it's normal, but it's everywhere, because colonialism is our true origin story. So we are blind to it.

So decolonize your mind.
Shouted into the void by The Punk Patriot at 11:33 AM