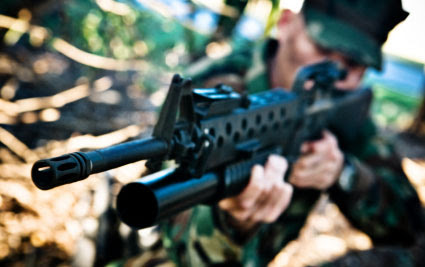 One of the most explosive allegations is that Erik Prince, founder and former CEO of Blackwater, murdered or facilitated the murder of people who were cooperating in a federal investigation of the company.

These allegations are too disturbing to ignore. In addition to murder, these sworn statements allege:

* Blackwater executives destroyed incriminating emails, documents and videos;
* Blackwater management threatened potential whistleblowers with violence and death;
* Blackwater smuggled illegal and unlawful weapons into Iraq - sometimes in then CEO Prince's private planes, sometimes in dogfood bags, using Blackwater's canine division as cover for this crime; and
* CEO Prince "views himself as a Christian crusader tasked with eliminating Muslims and the Islamic faith from the globe."

The Iraqi government banned Blackwater from Iraq in January of this year, due to its violence toward Iraqis and repeated criminal acts. Yet the U.S. State Department still has other contracts with this company.
Shouted into the void by The Punk Patriot at 11:41 AM