Shouted into the void by The Punk Patriot at 4:33 PM No comments:

I'm Just A Girl was a fellow contributer to Davis Fleetwood's "Operation Itch." You can findI'm Just A Girl's You Tube Channel here. She has great angst filled rants, and updates a lot more frequently than I do.

And you can buy an awesome shirt just like the one she's wearing here.
Shouted into the void by The Punk Patriot at 11:32 PM 1 comment:

Why Dennis Kucinich Flipped His Vote

What Happened to Cynthia McKinney?
Shouted into the void by The Punk Patriot at 7:20 PM No comments: Shouted into the void by The Punk Patriot at 4:08 PM 1 comment:

This is what Americans sound like to Non-English Speakers

Also, this song is f**king amazing.


Gibberish rock song written by Italian composer to sound like English Boing Boing
- Watch more Videos at Vodpod.
Shouted into the void by The Punk Patriot at 2:41 PM 1 comment:

If you like this, you should check out Jamie Kilstiens Bi-Weekly radio show, Citizen Radio on BTR.
Shouted into the void by The Punk Patriot at 11:50 PM 1 comment:

The Green Party of the USA is Updating its Platform


Donate to the Green Party:

Donate to keep this show on the road:
Shouted into the void by The Punk Patriot at 5:25 PM 1 comment: CLICK HERE TO ORDER
Shouted into the void by The Punk Patriot at 12:16 PM No comments:

No this isn't an xkcd comic. I made this. 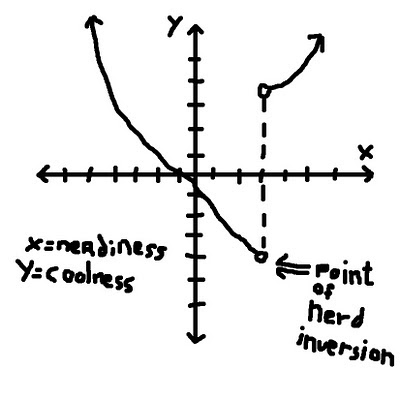 Shouted into the void by The Punk Patriot at 10:03 AM No comments:

How the Texas Board of Education is Rewriting History- Literally

As you may or may not know, the Texas Board of Education is highly influential when it comes to what ends up in our nation's text books.

These recent proposed revisions to history, however, seem more like efforts from the Taliban than a thriving Democratic Republic.

- A greater emphasis on “the conservative resurgence of the 1980s and 1990s.” This means not only increased favorable mentions of Schlafly, the founder of the antifeminist Eagle Forum, but also more discussion of the Moral Majority, the Heritage Foundation, the National Rifle Association and Newt Gingrich's Contract With America.

- A reduced scope for Latino history and culture. A proposal to expand such material in recognition of Texas’ rapidly growing Hispanic population was defeated in last week’s meetings—provoking one board member, Mary Helen Berlanga, to storm out in protest. "They can just pretend this is a white America and Hispanics don’t exist," she said of her conservative colleagues on the board. "They are rewriting history, not only of Texas but of the United States and the world."

- Changes in specific terminology. Terms that the board’s conservative majority felt were ideologically loaded are being retired. Hence, “imperialism” as a characterization of America’s modern rise to world power is giving way to “expansionism,” and “capitalism” is being dropped in economic material, in favor of the more positive expression “free market.” (The new recommendations stress the need for favorable depictions of America’s economic superiority across the board.)


- A more positive portrayal of Cold War anticommunism. Disgraced anticommunist crusader Joseph McCarthy, the Wisconsin senator censured by the Senate for his aggressive targeting of individual citizens and their civil liberties on the basis of their purported ties to the Communist Party, comes in for partial rehabilitation. The board recommends that textbooks refer to documents published since McCarthy’s death and the fall of the Soviet bloc that appear to show expansive Soviet designs to undermine the U.S. government.

- Language that qualifies the legacy of 1960s liberalism. Great Society programs such as Title IX—which provides for equal gender access to educational resources—and affirmative action, intended to remedy historic workplace discrimination against African-Americans, are said to have created adverse “unintended consequences” in the curriculum’s preferred language.


- Thomas Jefferson no longer included among writers influencing the nation’s intellectual origins. Jefferson, a deist who helped pioneer the legal theory of the separation of church and state, is not a model founder in the board’s judgment. Among the intellectual forerunners to be highlighted in Jefferson’s place: medieval Catholic philosopher St. Thomas Aquinas, Puritan theologian John Calvin and conservative British law scholar William Blackstone. Heavy emphasis is also to be placed on the founding fathers having been guided by strict Christian beliefs.

- Excision of recent third-party presidential candidates Ralph Nader (from the left) and Ross Perot (from the centrist Reform Party). Meanwhile, the recommendations include an entry listing Confederate General Stonewall Jackson as a role model for effective leadership, and a statement from Confederate President Jefferson Davis accompanying a speech by U.S. President Abraham Lincoln.

- A recommendation to include country and western music among the nation’s important cultural movements. The popular black genre of hip-hop is being dropped from the same list.

So unless we can change the influence of the Texas Board of Education, these ignorant assholes in Texas are going to be deciding what the next generation think history is.

And there will be an entire generation of kids growing up not knowing who Ross Perot, Ralph Nader, and Thomas Jefferson are, and Joseph McCarthy will be celebrated as a hero.

Texas Board of Education, fuck you.
Shouted into the void by The Punk Patriot at 8:27 AM 1 comment:

Why we should all be thankful to Dennis Kucinich about his taking a stand on this terrible healthcare bill:


Now Dennis Kucinich is facing attacks from Markos of Daily Kos, MoveOn.org, and now President Obama's White House-- not for being a conservative, corporate blowhard like Sen Max Baucus (D-MT), but for being a progressive!

Help Kucinich fight back against attacks from the faux-left by Donating to put this radio spot on air.

KEEP UP THE GOOD FIGHT!
Shouted into the void by The Punk Patriot at 1:51 PM No comments:

FireDogLake is being AWESOME

I was really happy to see this in my inbox today:

Last September, progressive groups including MoveOn, DFA and blogs across the country came together to raise over $430,000 for 65 members of Congress who pledged to vote against any health care bill that doesn't have a public option.

Rep. Dennis Kucinich is one of those members who took the pledge and intends to honor it.

And now MoveOn is demonstrating against him because of it. He's being threatened with primary challenges, and President Obama is going to his district today to campaign for the health care bill.

Donate $5 to Rep. Kucinich and let him know that we've got his back for opposing any bill without a public option.

The health care bill that Congress now wants to pass doesn't contain a public option, which would have served as a check on private insurance. Instead, the bill is written as a giant giveaway to big business--it doesn't make health care affordable, it just forces people to buy insurance from unregulated monopolies.

Dennis Kucinich is doing what a member of Congress should do: holding out his vote for something that 80% of the American people want. Now that only 50 votes are needed in the Senate, and 51 Senators have said they'd vote for a bill with a public option, even that last threadbare excuse is gone.

Dennis is asking the question everyone should be asking: why?

If we allow Dennis to be targeted for his principles and have his political career destroyed for simply doing what progressives should be doing, no member of Congress will ever have the political courage to stand up against corporate power again.


Donate $5 to Rep. Kucinich and let him know that we've got his back for opposing any bill without a public option.

Please repost this everywhere progressives go on the internet.
Shouted into the void by The Punk Patriot at 4:47 PM No comments:

Shouted into the void by The Punk Patriot at 7:51 AM No comments:

Thanks again to Single Payer Action.org
Shouted into the void by The Punk Patriot at 7:38 AM No comments:

Markos of Daily Kos is a spineless weasel

Thanks to Single Payer Action I found out that Markos Moulitsas, founder of Daily Kos, has sided with corporate assholes like Max "we need more police" Baucus (D-MT), and aligned himself with the insurance companies against people like Dennis Kucinich (D-OH).

He fell into line with the corporate Democrats, arguing that it was Dennis Kucinich (D-Ohio) who is to blame.

That would be Dennis Kucinich – the only member of Congress who supports single payer and is willing to stand up to his party and say no to the insurance industry bailout that is Obamacare.

“And I'm going to hold people, like Dennis Kucinich, responsible for the 40,000 Americans that die each year from a lack of health care,” Markos said on MSNBC last night. “And I don`t care if you`re a Republican or you`re a conservative Democrat or you`re somebody like Dennis Kucinich. The fact is, this does a heck of a lot for a lot of people.”

Yeah, that makes sense Markos... it's Dennis Kucinich's fault for wanting Medicare For All, not the obstructionist Democrats like Max Baucus who don't even want this bill to pass unless it totally ass-rapes the pocketbooks of every American for the increased profits of Health Insurance companies. It's all the fault of the guy who thinks we can do better, and not the fault of the assholes who made the bill suck so much.

This whole thing is amusing only because back in September, Dennis Kucinich was Markos's best buddy, with Markos saying,

“We’re not talking what we really wanted – we really wanted single payer – so we already compromised from our position,” Markos said at the time. “I think the public option at this point is sort of our Waterloo. This is where we stand and fight.”

To continue with Markos's 'Waterloo' analogy, he's given up on fighting for the French, defected to the Prussians after seeing that they were winning.

And for that, Markos is a spineless weasel.

BONUS: In case you missed it, here's the "We need More Police" comment from Max Baucus.

Shouted into the void by The Punk Patriot at 10:13 AM 4 comments:

Shouted into the void by The Punk Patriot at 11:19 AM No comments:

Shouted into the void by The Punk Patriot at 5:49 PM No comments: