WASHINGTON (Reuters) - Democrats in the U.S. House of Representatives will seek passage in coming weeks of $94.2 billion in emergency money for the wars in Iraq and Afghanistan and other programs, including $2 billion more to prepare for an influenza pandemic. 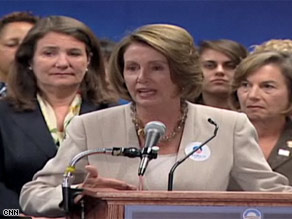 House Appropriations Committee Chairman David Obey, outlining the legislation for reporters, also said the legislation would include $2.2 billion to fund some C-17 airplanes for the Pentagon. But it will not address future purchases of a refueling tanker airplane sought by the Air Force.

Obey said $80 million to close the U.S. prison in Guantanamo, Cuba, would not be included in the bill because no details were provided by the administration on how that move would be carried out.

Last month, President Barack Obama asked Congress to give him $83.4 billion more to pay for the wars in Iraq and Afghanistan. He is hoping to use the money to begin phasing out combat operations in Iraq while building up U.S. forces in Afghanistan where al Qaeda and Taliban fighters are gaining strength.

The Pentagon wants the U.S. Congress to approve the money promptly, before a congressional recess that is scheduled to start at the end of May.

THIS IS EXACTLY WHY WE NEED TO SUPPORT CINDY SHEEHAN.
We have until 2010 to raise $2 million dollars. WE CAN DO IT!